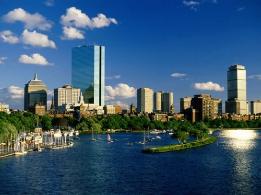 A new program called Air Valet is on the horizon in the lovely city of Boston, that may be of interest to travelers and business travelers to the area. This service, run by a company called Penfield’s, will provide you with the option to check your bags in for your flight, directly from your hotel. If you’re flying later in the day and have meetings and/or other more interesting plans for your final day in Beantown, that’s a beautiful thing. When can you start? The man behind the action, Fred LaSelva, plans on having the program up and running at some point after November 1.

How does it work? Your participating hotel will have a designated clerk, with whom you will check your bags three hours or more before your flight’s scheduled departure time. The clerk will provide you with both boarding passes and baggage claim tickets. The end. You can do whatever it is that you do until it’s time to show up at Logan.

At this time, the program will include the Sheraton Boston, Westin Copley Place, Westin Boston Waterfront, the InterContinental, and the Liberty Hotel. Participating airlines include American, Continental, Delta, JetBlue and Northwest.

The service will come at a cost, which has yet to be determined. Frequent travelers know most hotels will allow you to store your bags after check out time until you depart. It’s free, but then you have to go back to the hotel to grab your bags before you leave for the airport. If you’re traveling to a different part of the city, that can be a pain in the neck.

The company also plans to offer a water taxi to Logan International.

Via the Boston Globe and a special thanks to Boston Bill for passing along the info.