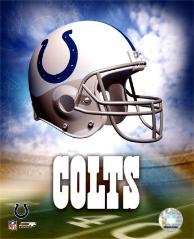 AirTran Airways is offering one lucky winner a great football deal this winter. The winner and one guest will receive roundtrip airfare to see the Indianapolis Colts play the Jacksonville Jaguars on Thursday, December 18 in Jacksonville, Florida. In addition to airfare, the winner will score two tickets to the game one night of hotel accommodations.

To enter the contest, you have to be a member of AirTran’s frequent flyer program, A+ Rewards. If you aren’t already a member, you can enroll for free membership online. For your chance to win, go to colts.com/flyaway and enter your A+ Rewards number.

“AirTran Airways is excited to help A+ Rewards members and Colts fans score this amazing opportunity to see Indianapolis play against one of their toughest division rivals,” said Tad Hutcheson, vice president of marketing and sales for AirTran Airways. “The winner will fly in style, just like the pros, on our comfortable, modern Boeing jets, which feature free XM Satellite Radio at every seat and Business Class seating on every flight.”

VOID WHERE PROHIBITED OR RESTRICTED BY LAW. NO PURCHASE NECESSARY TO ENTER OR WIN. A PURCHASE WILL NOT INCREASE YOUR CHANCES OF WINNING. Sweepstakes is open only to legal U.S. residents, who are 18 years of age or older as of July 27, 2008. Sweepstakes begins at 12:01 a.m. EST on July 27, 2008 and ends at Midnight EST on December 1, 2008 (“Sweepstakes Entry Period”). This Sweepstakes is sponsored by Indianapolis Colts (“The Sponsor”). The Sweepstakes includes (1) one entry period with (1) one Grand Prize which will be awarded for the entry period.

1. ELIGIBILITY: INTERNET ACCESS IS REQUIRED TO ENTER THIS SWEEPSTAKES. Employees of AirTran Airways(R), Cramer-Krasselt, Indianapolis Colts, their respective advertising and promotion agencies, their parent, subsidiary and joint venture companies, or any other entity involved in the development or administration of this Sweepstakes, as well as members of their immediate families and households (including children, spouses and siblings and/or persons living in the same households as such persons, whether related or not), are not eligible to participate. This Sweepstakes is subject to all applicable federal, state and local laws. By participating, entrants agree to be bound by these Official Rules and the decisions of the Judges and/or Sponsors, which are binding and final on matters relating to this Sweepstakes.

2. HOW TO ENTER: Go to www.colts.com/flyaway during the “Sweepstakes Entry Period” and enter the sweepstakes prior to December 1, 2008 at 11:59 p.m. One entry per computer will be allowed. Entrant must have an AirTran Airways A+ Rewards account in order to enter and be awarded the Grand Prize. Registration for an AirTran Airways A+ Rewards account is free. Time of the Jacksonville game is subject to change. All prize winners will arrive at the AirTran Airways in Indianapolis International Airport (IND) for departure. Entry Period Prize Location/Details Flight Times**Tues. 7/27/08 @ 12:01 a.m. – 12/1/08 @ 11:59 p.m. Winner attending the Colts game in Jacksonville with 1 guest on Thursday, December 18th. Roundtrip airfare for winner and guest, 2 Colts tickets and 1 night hotel (double occupancy) accommodations Indianapolis, IN (IND), departing at 6:30 a.m. on December 18th to Jacksonville, FL (JAX) and returning from Jacksonville, FL (JAX) to (IND) on December 19th at 11:26 a.m. **Flight times are subject to change without notice.

3. PRIZE/APPROXIMATE RETAIL VALUE AND DRAWING(S): One (1) Grand Prize — The Grand Prize winner will receive roundtrip coach air transportation for winner and (1) guest, to destination venue as listed above. Flight times are subject to change without notice. Winner and guest must fly on the same itinerary. If winner chooses not to fly, the airfare will not be included as part of the prize package. Winner will also receive 1-night hotel accommodations (one double occupancy room) at hotel of the Colts choice in Jacksonville, (2) two tickets to the game. (Approximate Retail Value of the Grand Prize is $1,500). All federal, state and local taxes and other expenses including ground transportation, meals, incidental hotel expenses and gratuities, are the winner’s sole responsibility. Prize is not transferable. Winner must be 18 years of age as of July 27, 2008 and will be notified by email, mail or phone and must return all required documents within the indicated time period. Guest of Grand Prize Winner MUST also be 18 years of age or older to travel to the Colts game. Potential Grand Prize Winner and guest will be required to execute an Affidavit Publicity/Liability Release, to be returned within seven (7) days of date notice was sent.

4. TERMS OF SUBMISSION: By entering, you agree that you are 18 years of age or older as of July 27, 2008. Additionally, by entering, you acknowledge that you have read and understood these Official Rules, which incorporates the www.aplusrewards.com Privacy Policies and Terms of Service (as appropriate), and you accept these Official Rules together with all of the policies referenced herein and agree to abide by its terms and conditions, as they may be amended from time to time, and all applicable rules and regulations. Official rules can be found at https://www.colts.com/flyaway.

5. GENERAL RULES: AirTran(R) Airways, Cramer-Krasselt, Indianapolis Colts (collectively, “Released Parties”) are not responsible for lost, interrupted or unavailable network, server, Internet Service Provider (ISP), website or other connections, availability or accessibility or miscommunications or failed computer, satellite, telephone or cable transmissions, lines or technical failures or difficulties, or other errors of any kind whether human, mechanical, electronic, network, typographical, printing or otherwise relating to or in connection with the Sweepstakes, including, without limitation, errors which may occur in connection with the administration of the Sweepstakes, the processing of entries, the announcement of the prizes or in any Sweepstakes-related materials; or the incorrect or inaccurate capture of entry or other such information or the failure to capture any such information. Released Parties are also not responsible for any incorrect or inaccurate information, whether caused by site users, tampering, hacking, or by any equipment or programming associated with or utilized in the Sweepstakes. Released parties are not responsible for injury or damage to participants’ or to any other person’s computer related to or resulting from participating in the Sweepstakes or downloading materials from or use of the web site. Persons who tamper with or abuse any aspect of the Sweepstakes or website, as solely determined by Sponsor, will be disqualified. CAUTION: ANY ATTEMPT BY ANY PERSON TO DELIBERATELY DAMAGE ANY WEB SITE OR UNDERMINE THE LEGITIMATE OPERATION OF THE SWEEPSTAKES, IS A VIOLATION OF CRIMINAL AND CIVIL LAW. SHOULD SUCH AN ATTEMPT BE MADE, SPONSOR RESERVES THE RIGHT TO SEEK DAMAGES FROM ANY SUCH PERSON TO THE FULLEST EXTENT OF THE LAW (AND TO DISQUALIFY SUCH PERSON FROM THE SWEEPSTAKES, IF APPLICABLE).

Should any portion of the Sweepstakes be, in Sponsor’s sole discretion, compromised by virus, worms, bugs, non-authorized human intervention or other causes which, in the sole discretion of the Sponsor, corrupt or impair the administration security, fairness or proper play, or submission of entries, Sponsor reserves the right at its sole discretion to cancel, terminate, modify or suspend the Sweepstakes and conduct the Sweepstakes in a manner which in its sole discretion is fair, appropriate and consistent with these Official Rules. Notice of such action by Sponsor will be posted on https://www.colts.com/flyaway. Entrants, by participating, agree that Released Parties and their respective parents, affiliates, subsidiaries, dealerships, advertising and promotion agencies, and website providers/web masters, and all of their respective officers, directors, employees, representatives and agents will have no liability whatsoever for, and shall be held harmless by entrants against, any liability, for any injuries, losses or damages of any kind, including death, to persons or property resulting in whole or in part, directly or indirectly, from acceptance, possession, misuse or use of a prize or participation in this Sweepstakes. Winner, by acceptance of prize, except where legally prohibited, grants permission from Sponsor and their designees to use his/her name, address (city and state), photograph, voice, and/or other likeness and prize information for advertising, trade and promotional purposes without further compensation, in all media now known or hereafter discovered, worldwide, and on the Internet and world wide web, in perpetuity, without

6. CONDITIONS: By entering a Submission, entrants release and agree to hold harmless AirTran Airways(R), Cramer-Krasselt, Indianapolis Colts, their promotional and advertising agencies, as well as the officers, directors, employees, representatives and agents of any of the foregoing entities, for any damage, loss or liability to person or property, due in whole or part, directly or indirectly, by reason of an entrant’s entry submittal and/or its contents or by reason of the acceptance, possession, use or misuse of prize or participation in the Sweepstakes. These Official Rules are governed by the State of Indiana in accordance with the internal laws of the state of Indiana. The parties hereby irrevocably and unconditionally consent to the exclusive jurisdiction of the courts of the State of Indiana and of the United States of America located in Marion County, Indiana. Any controversy or claim relating to your Submission and/or these Official Rules shall be submitted to arbitration before the American Arbitration Association in Indianapolis, Indiana under its Commercial Arbitration Rules. Judgment upon the award rendered by the arbitrator may be entered in any court of competent jurisdiction. If any portion of these Official Rules is found to be invalid, illegal or unenforceable, for any reason, that portion shall be severed from the rest and shall not affect the agreement to resolve all controversies and claims through arbitration. Claims and causes of action arising out of or connected with this Sweepstakes, or any prize awarded, shall be resolved individually, without resort to any form of class action, and exclusively by arbitration. Claims, judgments and awards shall be limited to actual out-of-pocket costs incurred, including costs associated with entering this Sweepstakes, but in no event attorney’s fees or any other damages of any kind. These Official Rules supersede any and all agreements or communications of any kind between you and the Sponsor or anyone associated with the Sweepstakes, and cannot be modified or waived except in writing and unless properly signed.

7. WINNERS LIST/RULES REQUESTS: These Official Rules will be made available at https://www.colts.com/flyaway during the Sweepstakes Entry Period, or you may also receive a copy of the Official rules by sending a self addressed stamped envelope, to be received by November 20, 2008 to Indianapolis Colts AirTran Flyaway, PO Box 53258, Indianapolis, IN 46254. Winner information will be made available on https://www.colts.com/flyaway after December 1, 2008, or you may also submit a self addressed stamped envelope to Indianapolis Colts Flyaway Winner Request, PO Box 53258, Indianapolis, IN 46154, requests must be received by December 15, 2008.