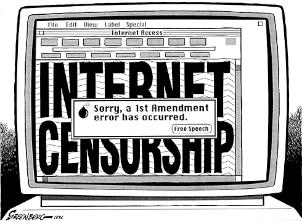 Based on the feedback of our customers and employees, American Airlines is working with Aircell to implement technology to filter pornographic content over the Gogo inflight Internet service.

Since the launch of Gogo, American has not experienced any reported incidents of customers viewing inappropriate content via the Gogo service. However, we believe this is an appropriate measure to take.

More details will be forthcoming as the company finalizes its plans.

The GoGo service is currently available on American’s Boeing 767-200 aircraft between New York JFK and San Francisco, Los Angeles and Miami as part of a three-to-six month trial of inflight connectivity.