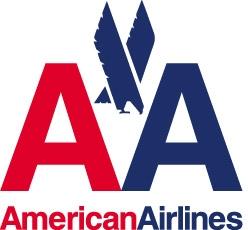 American Airlines is rolling out a new program for its frequentest frequent flyers called PriorityAAccess. This program will provide customers with expedited check-in, security screenings and boarding for AAdvantage Elite
Status Members, First and Business Class Travelers, AAirpass Customers, and those passengers who actually pay full fare for tickets in coach. PriorityAAccess provides customers with an “array of enhancements designed to make the airport process and overall travel experience more convenient.” More convenience at the airport is always appreciated, particularly for those of us who live on the road.

American has big plans to roll out PriorityAAccess on September 30 and will have the program entirely operational by the end of October. What do you get?

PriorityAAccess Check-In: PriorityAAccess customers will have access to a dedicated check-in area at the ticket counter of each and every airport where the airline operates.

“American Airlines greatly appreciates the loyalty of our customers, and we have been working hard to deliver the product features and recognition we know they value and deserve,” said Mark Mitchell, American’s Managing Director – Customer Experience. “PriorityAAccess benefits provide a differentiated experience for our top customers at the ticket counter, at security checkpoints, and at the gate.”