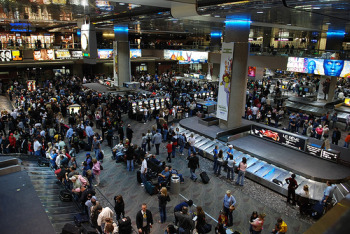 Once upon a time, frequent flyer programs were used only by frequent travelers loyal to one airline. Those miles expired after awhile if you didn’t use them or add to them, and there wasn’t a huge variety of ways to earn points outside of air travel. Then, as more people traveled, airlines formed alliances and established partnerships with companies and retailers that weren’t airlines – and, in some cases, weren’t even travel-related. They stopped making the miles you earned expire, and some of them even got pretty generous with the rewards you could earn.

With the economic downturn and so many airlines struggling to survive these days, however, their focus isn’t on giving you cool ways to earn miles and get free trips. Which means frequent flyer programs aren’t as good as they were even a few years ago. On top of that, it’s notoriously difficult to actually redeem miles for free trips (or whatever else you’re trying to get) – and that’s been true for many years – so ranking the best frequent flyer programs is a bit like putting a bunch of mediocre things in order. They’ve all got their drawbacks.

Another thing that makes ranking frequent flyer programs challenging is that there are several factors that could be used to rank them. For this list, I’ve chosen to focus on the variety of ways to earn miles. I did look at the number of miles earned on each airline, but most of them offer the same number of miles per trip, so that didn’t differentiate them too much. In addition to looking at the ways you can earn miles, there’s also a bit of subjectivity thrown into this list – which means it’s important for you to use this list as a starting point for researching frequent flyer programs, but not an end-point. After you’ve read through it, be sure to click through to the various articles about each program to learn more so you can decide which program is really best for you.

>> Don’t forget to check out the many options for mileage credit cards that will help you earn even more miles with many of the airline programs listed below.

Northwest Airlines WorldPerks – Did you read through the list above and wonder why Northwest Airlines wasn’t included? Well, the airline recently merged with Delta and it looks like the name is slowly being phased out. For flights in the near future, it’s likely you’ll find a mix of Delta and Northwest insignia – Northwest on the side of the plane, Delta flight attendants and Delta-labeled napkins inside – but eventually everything will be Delta. And they’ve already completed the merger of the two frequent flyer programs, with everything from the old Northwest frequent flyer program now re-directing online to Delta’s program (which is referenced and linked to above). You can read more about how to earn Northwest points, but remember that if you’re new to the program it’s not the Northwest one you’ll be signing up for – it’s Delta’s.