Best Seat in the House 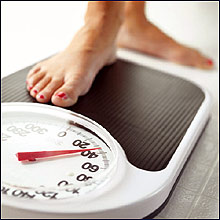 We recently held the Second Annual Business Travel Writing Contest courtesy of EMI America Records here at the Business Travel Logue, and had some really wonderful submissions. I could relate to many of the stories, and they got me thinking about my own adventures in transportation. So I decided I would add my two cents with the following:

Once during a conference in Las Vegas, I decided to skip out on a half day of the monotony to make my first sojourn to the Grand Canyon. Some call it “a big hole in the ground” and others call it one of the “wonders of the world.” I, as usual, had to decide for myself.

I arranged the tour through one of the many, many travel agencies that offer such services for a lofty price to bad-shirt wielding tourists in Vegas. As a group, we were shuttled to the nearby small craft airport to begin the journey. Each person was weighed, which didn’t seem unreasonable for a six or eight passenger aircraft. My flight was made up of seven tourists and one pilot, of which I was the only girl. I’ve put on a few pounds over the years, but have never been a “person of size.” At 5’3″ and about 135 pounds, I didn’t think much of it.

While loading ourselves in to the plane, I found that I got to sit in the front seat – next to the pilot. I thought this was obviously some chivalrous display, and that it was a real treat for the only woman on board. The views as we soared over Lake Mead to the Indian reservation were truly stunning, and I was happy to have the panoramic view afforded me in the front seat. My day couldn’t have gone better!

After the tour, I overheard the pilot joking with one of his cohorts about how funny it was that I, the only female, was the heaviest passenger on the plane. I didn’t get to sit in front because I was a girl, I got to sit in front to create the proper weight and balance for the tiny aircraft.

Trust me, no woman ever wants to find out she got to ride shotgun because she was the biggest person on the plane. Even if all of the other passengers are petit Korean men.