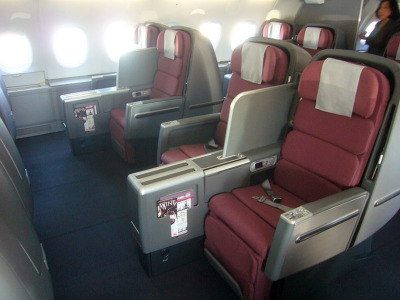 Qantas is routinely listed as one of the top airlines in the world, so you’d expect their Business Class to be top-notch. But the type of seat and service you’ll get depends on whether you’re on a domestic or an international flight – Business Class on Qantas means something different in each of those situations. We’ll go over both in this article. 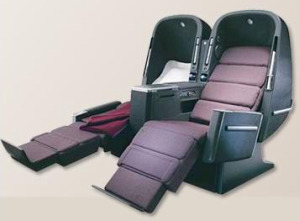 On Qantas Domestic Business, the seats are much wider than coach seats, and they have a foot rest and lumbar support. The meals are much nicer than in coach, and the options for entertainment are actually updated not just once a day but throughout the day in order to give you the most timely information and choices.