This is part of a new series here at WhyGo Business Travel featuring brief interviews with people who travel for work, asking them about what they do and some of their favorite travel tips. This way, if you’re looking for a career that will require travel, you’ll get to read about people doing some of the jobs you might consider – and you’ll also learn a few great travel tips from the travel pros! 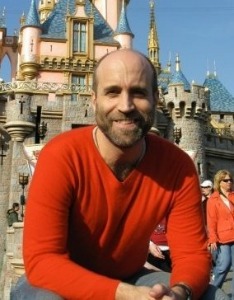 This week, we’re talking with Jason Cochran. Jason’s a travel writer based in New York whose work appears in lots of places “from the U.S. to Sweden,” so it’s easiest to track him down on his website JasonCochran.com.

What do you do?
I’ve been a travel writer for more than a decade at dozens of publications and all four of New York City’s daily newspapers, and I’ve been on staff at Arthur Frommer’s Budget Travel and at AOL Travel. I appear regularly on CBS’s “The Early Show” to report on consumer issues. I also host the Web companion show for ABC’s show “Shark Tank” (now entering its third season). I have also written three guide books (for the Pauline Frommer’s series, published by Wiley), and I’ve won Guide Book of the Year from both the Society of American Travel Writers and the North American Travel Journalists Association. But if you Google me, you’ll find not only my writing but also a fair number of Web video segments; I’ve also spent a lot of time as a roving reporter who files videos from the road.

What kind of travel do you get to do for work? Do you get to choose where you go?
For my first assignment, given by Arthur Frommer himself, I was lucky enough to be sent to the Galapagos Islands. That was pretty fantastic (even if I got mugged on the streets of Quito), but generally, I choose where I go now. I’ve been working long enough to have developed some areas of expertise, and my regular editors know about my depth of knowledge and historical perspective in those areas. The main thrust in my coverage is service journalism, so most of the time I’m not pursuing narrative stories about my exploits or indulging in luxury. Instead, I’m pounding the pavement in search of details and facts that will help a person of average means make their own dream trip possible.

How often do you get to travel for work?
In recent years, I was often gone for four or five months, cumulatively, over the course of a year. Trips are almost never longer than three weeks, and usually, they last about a week. But for the past few years, I’ve been scaling that back in favor of more intensive projects, including books.

Did you choose your job at least in part because you love to travel? Would you make the same job choice again, knowing what you know now?
It’s funny. I worked for many years under the assumption that I was doing it because I loved travel. After all, I started this chapter of my career after I quit my job as a reporter for “Entertainment Weekly” to take take a two-year backpacking trip around the world. When I got back, I was suddenly qualified to be a travel writer. But in recent years, I’ve come to realize that what attracts me to my work isn’t travel, per se, but the chance to get to know other places deeply. What I love most is history, and a good traveler is always immersing himself in the culture and past of the places he visits. I can’t say I have any regrets about being blessed enough to see the world on someone else’s dime during a period of time when newspapers and magazines could sustain me. Increasingly, as page counts drop, younger writers must scrabble for recognition by branding themselves and laboring on their own blogs for small audiences. Some new writers are being overtaken by the demands of their self-branding and they’re forgetting to fall in love with what they learn and do when they travel. I wouldn’t enter the genre now for that reason, because at heart I’m interested in reaching people. But I’m happy with how it happened for me, and I’d repeat it if it were at all repeatable, which it seems to no longer be.

What are some of your favorite travel tips that you’ve picked up?
Make a list of the places you thought you’d never be able to see and then go see them. Pack light or you’ll travel heavy. Always be brave enough to strike up conversations with strangers. Always choose the back road over the highway. Let the people you meet do most of the talking and you’ll learn much more. If you watch the food being cooked in front of you, you’re unlikely to get sick from it. And a good glass of water can cure most of what ails you.

What advice do you have for someone who’s interested in doing what you do?
Don’t get into it for the freebies or the mere conquest of new destinations. Do it because you’re curious and you love stepping outside of yourself. Because if you have high expectations of a place, you’ll often be disappointed, but if you go with high expectations of the people, you never will be. Write as much as you can, try to make what you write connect with your audience, and don’t merely gush about yourself. More than anything, fight with everything you have against giving your writing away for free. There are countless websites that want to make money off your labor and tell you that you’re lucky to have it as your platform. That economic model depends on low self-esteem on your part. You can build your own platform and enjoy your own fruit, and if you have something original to say, the rewards will come.