This is part of a new series here at WhyGo Business Travel featuring brief interviews with people who travel for work, asking them about what they do and some of their favorite travel tips. This way, if you’re looking for a career that will require travel, you’ll get to read about people doing some of the jobs you might consider – and you’ll also learn a few great travel tips from the travel pros!

This week, we’re talking with Leif Pettersen. Leif is a Minneapolis-based freelance writer who blogs at Killing Batteries and tweets as @leifpettersen. 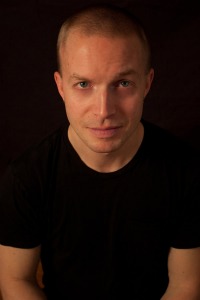 What do you do?
I’m a freelance writer, primarily for travel.

What kind of travel do you get to do for work? Do you get to choose where you go?
The past few years, my work travel has been mainly for guidebook research trips that last four to five weeks each, though when it was more profitable (pre-economic crash) I used to take frequent short trips for magazine work including Istanbul, Cologne, Hong Kong, Sapporo, Kiev, Venice, Florence, Umbria, Guam & Saipan, Kaikoura and Patagonia. Ultimately, being a freelancer means that I choose where I go, though having established myself as an expert in Tuscany, Romania and Moldova, I find myself in these destinations most often.

How often do you get to travel for work?
I’ve been traveling for work less often lately. Once or twice a year, though again, these trips tend to be pretty long and exhausting, so I wouldn’t want to do too many trips of that caliber in a year. However, being a travel writer, there’s been several instances where I travel to a destination for personal reasons and end up writing about it after I’ve returned home. So, it kind of becomes a work trip in retrospect, because I never would have gotten the work without the trip.

Did you choose your job at least in part because you love to travel? Would you make the same job choice again, knowing what you know now?
Absolutely. Breaking into travel writing takes an exceptional amount of hard work and, of course, a crippling love for travel. People don’t just fall into travel writing, because it’s a fantastic amount of effort for only modest pay (if you’re lucky). By choosing travel writing, yes, you’re going to travel at least a little, maybe even a lot, but you’re also committing to a singular lifestyle of long hours, low pay, occasional loneliness and frequent rejection that isn’t for everyone. But I’ve held a number of other jobs that were easier, better paying and more dignified and, at least for the time being, I wouldn’t dream of choosing them over travel writing if I had the chance.

What are some of your favorite travel tips that you’ve picked up?
Take notes with a camera. There’s a small anti-camera movement afoot among travelers, where people take few pictures or don’t even bring a camera at all, so they’ll be more engaged in the moment. Well, I respectfully think that these people are insane. You can sit down in Siena’s Piazza del Campo and write 500 words on what’s in front of you, and you should, but six months later when you’re back at home struggling to remember the nuances, having 40 pictures from 15 angles will probably serve you far better than those 500 words. When I review hotels I take pictures of every angle in every room. I take pictures of food and menus – much faster than writing it all down and letting your food go cold. And there’s always a chance that a writing assignment is going to require you to submit your own pictures. But yes, put away the camera after you’ve taken those pictures and absorb your surroundings. People, sounds and smells define a place just as much as the visuals.

What advice do you have for someone who’s interested in doing what you do?
Breaking into full-time freelance writing, travel or what have you, is an all or nothing endeavor. Well, perhaps others can pull it off, but I personally never would have made it if I’d just been picking at it on nights and weekends. The amount of time it takes to put together a few well-crafted pitches is alarming – meanwhile you’ve written nothing. Though there are more people than ever trying their hand at blogging with a mind to go pro, the good news is that lots of legitimate online writing resources (and tons of bogus resources) are available for guidance taking out much of the guess-work. A lot less energy is wasted on trial and failure – like trial and error, except with more weeping – with so many blogs and websites dedicated to freelancing, pitching, networking and leads. Pour over the resources, absorb the many, often spirit-sapping “so you wanna be a travel writer” blog posts and if you’re still game, start writing like mad and submitting to websites, like BootsnAll, that will post, edit, critique and maybe even pay a little for your writing. Hone your craft, find your voice and build your resume as you would a bonfire starting with a few twigs. And forget the flame accelerant – at least in the beginning. No one has ever pitched and landed National Geographic Traveler or Travel + Leisure in their first year of writing. That energy is much better spent elsewhere.