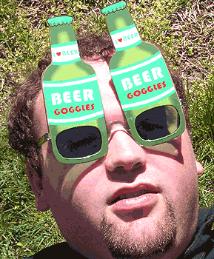 The post I did a year ago about the Chief Beer Officer position with Sheraton Hotels has been one of the more popular posts ever produced by the Business Travel Logue. I’m happy to report that one year later, Four Points is now ready to offer another amazing, sudsy opportunity to one lucky person – the Best Brews Summer Intern.

The Best Brews Summer Intern will assist the Chief Beer Officer Scott Kerkmans (or lucky dog as I like to call him) with his demanding duties like beer tasting, trend research and brewery relations (which sounds like a party to me).

Requirements: Intern candidates must be at least 21 years of age, with a “love for lager and a thirst for industry knowledge.” Along with the fun stuff like beer tasting, the intern will have to do some serious stuff like learning the wheeling and dealing of the Four Points Best Brews program and all about the craft beer industry. The internship will run from June to August.

How to Apply: The application process will begin on March 26. You can look for ads in the Wall Street Journal, MonsterTalk and Craigslist.

What has Scott done in the last year? Loads of stuff. He’s expanded the Four Points Best Brews training program, started a blog, forged relationships with countless craft breweries, traveled to some of the largest beer festivals and educated guests on the world of beer through his blog at fourpoints.com/cbo. In the future, Kerkmans plans to keep trucking by introducing new beer and food pairings and ways to continue making Four Points by Sheraton the best destination for beer aficionados everywhere.

How to Apply: To apply, email your “barley resume” directly to the beer man (that would be Scott) at cbo [at] fourpoints [dot] com along with a stunner of a cover letter. The letter should include some “frothy facts” about you and show how you make the magic happen by “telling [them your] four favorite simple pleasures in life. Applications must be submitted by April 26th. From those applicants, four finalists will be chosen and again the beer loving community will be called upon to help select the first ever Four Points by Sheraton Best Brews intern!

Best Brews: Best Brews in the offering by Four Points by Sheraton including a wide selection of brews. The program includes both imports and North American craft beers, each chosen for their unique flavors, popularity and quality ingredients. Through this program, each participating Four Points hotel around the globe offers a selection of local, regional and imported craft beers from the extensive list of almost 300 available brews in bottles, and on tap. Participating hotels offer a minimum of four draught beers and a selection of up to 20 bottled beers. That’s a whole lot o’ brew!

Good luck with the J-O-B!