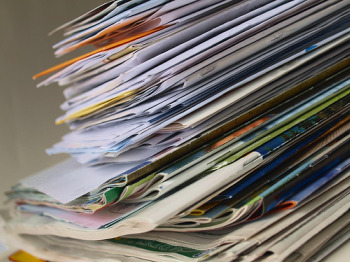 With the economic downturn, we’ve seen many of the travel rewards credit cards programs go the way of the dinosaur. In fact, credit card companies have reported an 8% decrease in the number of credit card offers they crammed into mailboxes during Q2 of this year. But that decline in the number of offers for new cards doesn’t tell the whole story.

Yes, credit card issuers are cutting back on the kind of blast-everyone direct mail ads for new cards that many of us see (and hopefully recycle) on a daily basis, but they’re also getting more targeted with who they’re sending the remaining offers to. Instead of bombarding the average person with offers for new credit cards, companies are focusing their marketing efforts on the people who they think still have expendable income.

In the second quarter of 2009, the number of “premium” or “exclusive” credit card offers sent to the people with the best credit ratings went up by 28% from the first quarter of the year. That’s roughly 118 million pieces of direct mail in Q2 as opposed to 75 million in Q1. The cards being advertised in these ads, cards like the Visa Signature or MasterCard World, come with extra perks that are definitely nice – but they also come with extra fees. The credit card companies clearly think the only people who’ll be able to afford those extra fees are the ones with the highest credit ratings.

The increased incentives credit card issuers are dangling in front of potentially high-end clients don’t end with the upturn in direct mail, however. In a move that, at first glance, looks a bit counter-intuitive, credit card companies have introduced several brand new credit cards into the market during the economic downturn – many of which are aimed solely at high-end customers and big spenders. Cards like the Visa Black card and Chase Sapphire are marketed as extremely exclusive cards, with the Black Card even being described as “limited to only 1% of U.S. residents.”

Now, whether Visa actually has a hard and fast 1% U.S. resident limit on who gets the card isn’t the point (and I’d be shocked if they even kept track). The point is that when a card is described as being limited to such a small portion of the population, and you know they’re aiming the advertising at the wealthiest members of society, then you want to be part of that population – whether you really belong there or not.

It’s a clever marketing tactic, especially when credit-issuing banks are having such trouble these days, but it remains to be seen whether any of these so-called “exclusive” cards really end up being as exclusive as they say they are or whether they end up disappearing like so many of the travel rewards cards have lately.