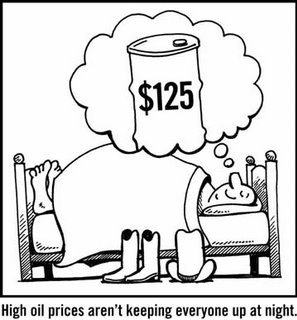 Hot off the press, Delta Air Lines is implementing a new fuel surcharge, announced earlier today. The airline plans to initiate a new fuel surcharge for booking frequent flyer tickets under its rewards program, Sky Miles. The new fee is a direct result of the skyrocketing cost of jet fuel.

This fee will apply to tickets booked after August 15, 2008.

According to the New York Times via the International Air Transportation Association, jet fuel prices have risen 83.6% in the last year. That being the case, you really can’t get too mad at the airline for passing the costs on to the consumer. I said it before and I said it again, I’d rather pay a few extra bucks for a service than get stranded in Omaha because my airline went bankrupt.

Jeff Robertson, managing director of Delta’s SkyMiles program, said the increase in fuel was “causing considerable financial stress to Delta’s business.” I’m sure that’s putting it mildly. Delta, along with every other major airline, is planning on cutting back on service and employees in the coming months.

Some travelers are wondering if these costs will be permanent. Mr. Robertson added “We hope this is temporary, and should fuel prices subside from current levels, we will re-evaluate this surcharge.” That sounds promising, assuming fuel prices will eventually have to drop.

The bigger news is that Delta plans to revise its award program some time in the next two months. I’m eager to see what they come up with.

Via the New York Times Online