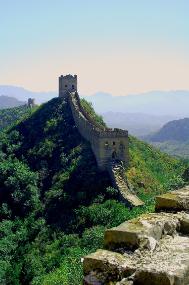 Delta Air Lines Inc. has won the newest slot to fly nonstop to China from the U.S. with flights between Atlanta’s Hartsfield-Jackson International Airport and Shanghai, China, beginning March 30, 2008. This is a coveted position for airlines, and a big win for the carrier.

“We applaud Secretary Peters and the Department of Transportation for recognizing that nonstop Delta flights between Atlanta and Shanghai will bring more value to airline customers than any competing route application,” said Richard Anderson, Delta CEO. “Delta’s new flights to China will fill a critical void in air travel today by providing the 65 million residents of the Southeast with direct access to the world’s fastest growing economy.”

Delta plans to provide daily nonstop service between Atlanta and China using a Boeing 777 aircraft in a two-class configuration with BusinessElite business class service and steerage in the back. The airline plans to introduce fully horizontal lie-flat seats on its Boeing 777 fleet next year, with new in-seat entertainment system offering on-demand, digital video and music at every suite. They’re going to have to if they want to keep competitive with every other airline who is doing the same thing.

Congrats Delta and Hotlanta. I just came back from China and you’re going to LOVE it!