Detroit City Stole the Blues: Where the Heck is King Biscuit?

The blues originated far, both geographically and culturally, from the state of Michigan. Detroit stole the blues from the Mississippi Delta. All those people had was the blues and a few acres to sharecrop, so it’s really a shame. Visit the Delta today in Mississippi, Arkansas or Louisiana and you’ll see much of the same thing now as you would have many decades ago in the heyday of the blues. There will be old men on the front porches of shotgun houses that look like they could collapse at any minute. Why are these men on the front porch? Because they don’t have air-conditioning. Or if they do, it tends to be one small window unit, which is far inadequate for the 100 degree plus temperatures the south regularly withstands during the summer time. Imagine 104 degrees shining down on a tin roof. Those people would bake themselves alive if they stayed in-doors. But don’t worry, the blues are still alive and well in the delta. 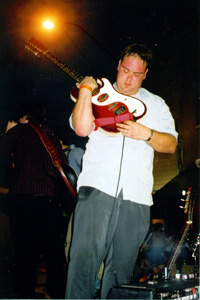 If you ever happen to be in the Memphis, Tennessee or Little Rock, Arkansas area on business the first weekend in October (October 5 – 7, 2006) you should really check out the Arkansas Blues and Heritage Festival (formerly the King Biscuit Blues Festival) in Helena. Even if you won’t be, check out the website. I LOVE the artwork. If you pass through Memphis, you can see where the legendary blues man B.B. King got his start at Sun Studios and check out Beale Street (which has it’s own festival in May).

Helena is pretty much in the middle of nowhere. I would suggest this as a day trip, unless you want to reserve your hotel room now for 2007. Seriously, they sell out that fast. Helena is about an hour and a half from Memphis or 2 hours from Little Rock, so either way it’s drivable after the music ends. If you’re really adventurous, you can camp out on the bank of the Mississippi with all of the hippies. That’s what I’ll be doing.

This festival is everything that is the blues. Better yet, it’s free and you can take in a cooler.