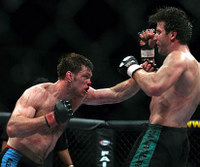 The Department of Transportation announced today they are awarding United Airlines with the new direct route to China. American, Continental and Northwest each bid on the opportunity to fly direct from various parts of the country, but the capitol to capitol route won out as the DC area is considered the largest metro area with no direct service from the US.

I initially supported American Airlines proposal for a DFW to Beijing, but I think they shot themselves in the foot with an amendment to the proposal to include a stop over in Chicago.

Congratulations to United. They are the winner of the Airline Ultimate Fighting Championship 2006.