It used to be that blending business travel with eco-friendly travel was a challenge, not to mention an expensive one. These days, more and more hotels and airlines are going green in different ways, so it’s getting easier to make environmental choices when you travel for work without spending a fortune to do so.

Another recent list sent out by Tablet Hotels featured some of the most innovative hotels on the eco front – these are places when “green” means more than just re-using your towels for a couple of days – and we wanted to highlight a few of their selections. If you’re lucky enough to travel for work to any of these cities, then these eco-friendly hotels may be just what you’re looking for – and if it’s a leisure trip you’re planning, you’ll be pleased to know that in most cases eco-friendly goes hand in hand with luxury in these hotels. 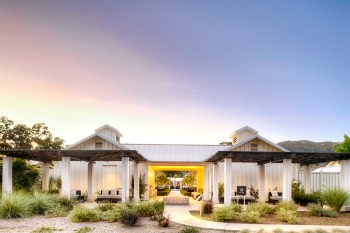 If someone were to ask you to name a location with lots of green hotels, chances are good you’d say California. It’s no surprise, then, that the first hotel on our list is in the Napa Valley in the central part of the state. What makes the Solage resort special on the environmental front is the reclaimed and recycled materials used in the construction of the bungalows, the primarily local and organic foods prepared on site, and the geo-thermal radiant heating used throughout the resort. It’s one of California’s greenest hotels, and that’s saying something.

>> Find cheap flights to San Francisco and hotels in California 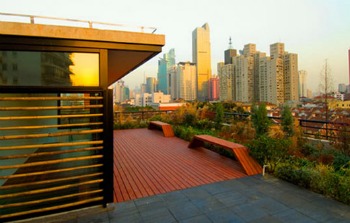 Whereas California is a no-brainer when it comes to eco-friendly everything, China is typically at the opposite end of the spectrum – so the fact that this super-green hotel exists in the middle of the teeming metropolis of Shanghai is pretty remarkable. Not only is the URBN Hotel carbon-neutral (via carbon offsets and on-site energy-reduction methods), it’s a contemporary designed space in what used to be a post office. Building materials include reclaimed brick and wood. The owners have plans to expand the URBN chain throughout the country, so keep an eye out for them.

>> Find cheap flights to Shanghai and hotels in Shanghai 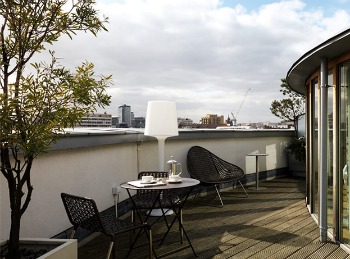 London has a knack for being old-school and cutting-edge all at once, and that sums up The Zetter Hotel fairly well. This modern hotel in an old Victorian warehouse mixes contemporary with a bit of traditional design in a neighborhood close to Soho, and although it doesn’t scream “eco-friendly” it is. Reclaiming a rundown warehouse was a good start toward a green hotel, but they didn’t stop there – the builders tapped into the London Aquifer, using the cold water for drinking water and to help cool the hotel. When hip London is also green London, that’s a very good thing.

>> Find cheap flights to London and hotels in London 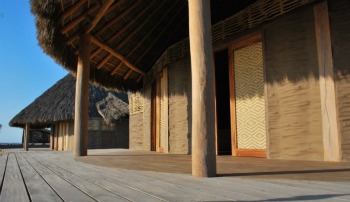 Okay, let’s be honest – if you’re lucky enough to have a business trip planned in Mexico, staying in an eco-friendly hotel is probably the last thing on your mind. But if you stay on after the work is done, why not relax on a Mexican beach in a green hotel totally dedicated to sustainable tourism? The Hotelito Desconocido is on the Pacific coast in a marine turtle and sea bird habitat, runs entirely on solar power during the daylight hours, and is lit only by candlelight at night. The toiletries in each bathroom are both natural and biodegradable. There’s no electricity and no phones, so this obviously isn’t the ideal hotel for a business trip – but for relaxing after the deal is signed? Absolutely.

>> Find cheap flights to Mexico and hotels in Mexico 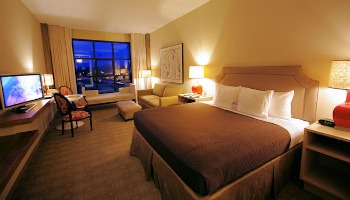 With Greensboro’s growing appeal as a spot to relocate a company, it’s no surprise that more and more business travelers are finding themselves headed to central North Carolina now and then. What you might not expect about a city in North Carolina is that it was named one of the cleanest cities in America in 2004, and it’s also home to one of the greenest hotels on the continent. The Proximity Hotel is certified LEED Platinum, which it got by being built with recycled materials, heated with solar energy, cooled with geothermal power, and decked out with all kinds of energy-saving mechanisms. Not only do the lights use less energy, during descents the elevator even recharges the hotel’s internal electrical system.

>> Find cheap flights to Raleigh-Durham and hotels in North Carolina

These hotels were featured in a newsletter from Tablet Hotels, which specializes in boutique luxury hotels.