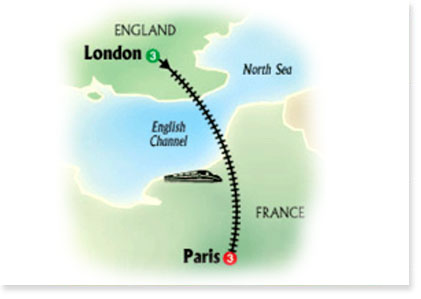 Need to get out of Paris in a hurry? Eurostar will take you there in a jiffy. The Eurostar train just made its first test trip from London’s St. Pancras station to Paris. And they made the journey in record time. That’s right, Eurostar broke the record for its fastest rail journey, arriving in a swift two hours and three minutes. Pretty quick, heh?

According to TravelPost Insider, Europe’s longest Champagne room will be found in the new station. I know what that means in the U.S., but I can only assume it translates differently in Europe. Kinda like stuff on engrish.

So if you’re headed between the City of Lights and…whatever they call London, this is a quick way to do so.