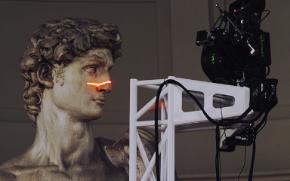 A new bit of technology will be rolling out in United Kingdom airports this summer, with the use of new scanners that will screen passengers with facial recognition technology. These scans will be performed in lieu of the standard passport checks performed by surly immigration officers (oh wait, they’re only surly in New York), in a move to lessen waiting times for passengers.

Beginning this summer, unmanned security gates will be revamped to scan passengers’ faces and match the image to the record on the computer chip in their biometric passports. If you don’t already have a U.K. or E.U. biometric passport, no dice. You’ll have to stand in line for an officer like in the olden days.

Supposedly, the futuristic machines can do a better job than humans of screening passports and preventing identity fraud. That makes a lot of sense to me. The machines are designed to be extremely cautious in their selections, to prevent look-alikes from sneaking through. It is anticipated the technology will have occasional “false negatives,” in which innocent passengers are rejected because the machine can’t match their appearance to their records. That’s much better than letting the bad guys in. Should a passenger be rejected, they will be instructed to see a border security officer, who may be able to override the decision if other criteria are met.

There is no word just yet on which airports will be using these machines when. However, if the tests are successful, the technology will be implemented in every airport in the U.K.

Not everyone is optimistic about the new procedures. Phil Booth of the No2Id Campaign said, “Someone is extremely optimistic. The technology is just not there. The last time I spoke to anyone in the facial recognition field they said the best systems were only operating at about a 40% success rate in a real time situation. I am flabbergasted they consider doing this at a time when there are so many measures making it difficult for passengers.”