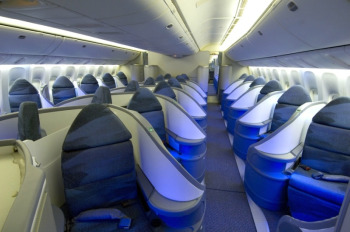 Like many other major airlines, Air Canada has only one class on their planes that’s above Economy Class on each flight. What it’s called, and what the amenities are, depends on where you’re flying. If you’re headed to a destination within North America or in the Caribbean, you’ll be on what’s called Executive Class. If you’re flying to Europe, Asia, or South America, you’ll be on what’s known as Executive First Class. Regardless of the actual name, you can rightly consider both First Class on Air Canada.

Because the longer international flights are where you’ll find the nicer cabins and better amenities, that’s what we’re going to focus on in this article. At the bottom of the page, you’ll find some information about what to expect on Executive Class – or, essentially, domestic First Class. 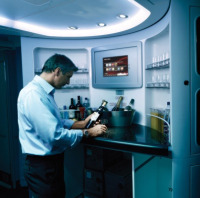 Air Canada’s Executive Class on North American and Caribbean flights look like what you’d expect from domestic First Class cabins – the seats are large and comfortable, and meals are superior to Economy Class, but you won’t mistake your plane seat for a bed (even fully reclined) or your plane meal for a restaurant experience.

Passengers on Air Canada short-haul First Class get their own 8.9″ video screen with hundreds of hours of on-demand movies, TV shows, XM Satellite radio video games and other entertainment. There’s also a power port at each seat for using your laptop in-flight, and adjustable headrests and footrests.