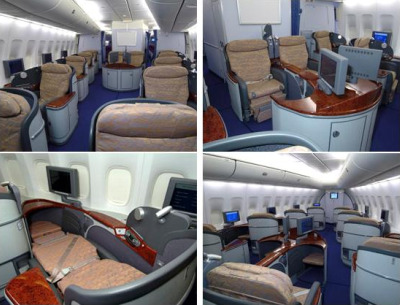 First Class on China Airlines will differ depending on the aircraft you are flying on, but you can be assured of a high level of quality service no matter which plane you find yourself on.

The most luxurious First Class cabin is on the China Airlines flights connecting Los Angeles with Taipei on Boeing 747-400 planes, and in fact the highest level of service on any flight that’s not on a Boeing 747-400 aircraft isn’t even called First Class – it’s called “Dynasty Supreme Class” instead.

You can think of it as the equivalent of Business Class – not as luxe as First Class, but significantly nicer than Economy Class.