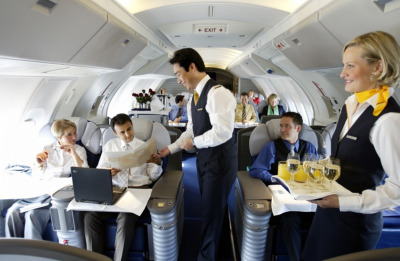 As one of the world’s airline giants, Lufthansa is one of those carriers you’re likely to fly on at some point in your life – especially if you’re flying to Europe from somewhere far, far away. Lufthansa operates on a huge hub-and-spoke system where its main European airport is in Frankfurt, Germany, but if Frankfurt isn’t where you’d like to be don’t worry – Lufthansa can get you to just about every other airport in Europe, as well as major cities all over the globe for that matter.

And if you’re flying First Class on Lufthansa, it’ll get you there in style.

Since Lufthansa may be best known for its long-haul flights, it’s not surprising that so many people are interested in what amenities are available in Lufthansa’s First Class cabins. Although Business Class on Lufthansa is nice, but why not indulge in some First Class luxury if it’s available?

First Class on Lufthansa’s shorter flights isn’t as nice as First Class on its long-haul flights, and in some cases First Class may not even be an option. So in this article we’ll cover what’s available on those long flights. 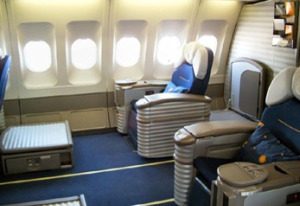