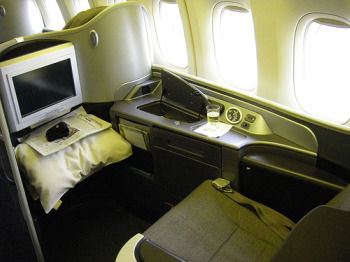 United Airlines calls its First Class service “United First,” which is either clever or obvious – or both. Either way, the service itself is great. Flying First Class on United Airlines means you get to take advantage of benefits before, during, and after your flight.

Before a flight, First Class passengers can speed through check-in and board the plane before anyone else. Beverages are served before the plane even takes off, and even alcoholic beverages are complimentary. All that is just the basic level of services, and on long-haul flights across the U.S. or on international flights, it just gets better from there. 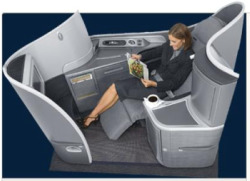 A ticket on United First Class also entitles you to the “United Arrivals Suite” where it’s available – these give you an opportunity to shower, freshen up, have breakfast, and catch up on business in your arrival airport in a relaxed way.