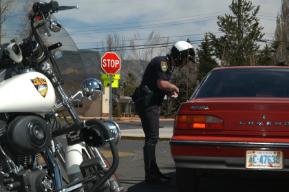 Headsets.com, a company that offers headsets of all types from the tiny bluetooth devices to the larger, Britney Spears style, is offering free cell phone headsets to drivers who have been ticketed for talking on the phone while driving.

Quite a few states have enacted laws banning cellular phone use while driving. I addressed the issue of cell phone laws way back in October of 2006, and more and more cities and states have jumped on the bandwagon since that time. California and Washington will implement new regulations this year, after states that have outlawed cellular phone use, such as New York and New Jersey, have seen a significant reduction in car accident rates related to cell phone use.

In a bid to highlight these new laws, and to encourage people to change their driving behavior, Headsets.com, an online retailer of telephone headsets will offer a free cell phone headset to anyone who sends them a copy of their traffic citation for making calls while driving.

It’s still probably cheaper just to buy the headset, but if you do screw up and get ticketed then you get the freebie.

According to the press release, the Harvard Center for Risk Analysis conducted a study in which it is estimated 2,600 people are killed, and as many as 330,000 people are injured each year in the United States in traffic accidents related to driver distraction from using a cell phone. 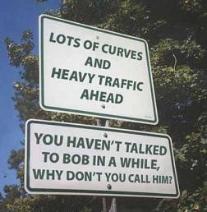 The company has big plans for more sales these days. They’ve updated their website and set up a toll free number at (800) HEADSETS for those of you who would like to initiate your free headset claim over the phone.

To get the deal, check out Headsets.com/drivers