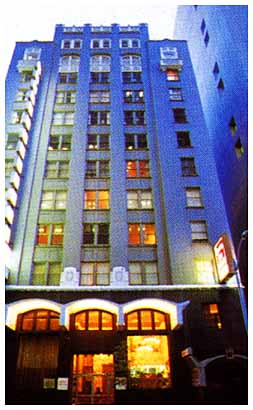 Hyatt Hotels has added Amtrak to its partner list.

IC Hotels Group has opened the Crowne Plaza Maruma Maracaibo Casino & Convention Center in Maracaibo, Venezuela. The Crowne Plaza Chicago O’Hare is offering guests breakfast-in-bed for two in the morning, as well as a donation of 10 percent of each stay to The Night Ministry, a Chicagoland charity.

MGM Grand in Las Vegas now has a check in desk at the Las Vegas airport. You can check in to your room while waiting on your bags.

NYLO Hotels, a new business travel hotel, broke ground on its pilot property in Plano, Texas, which is expected to open at the end of 2007.