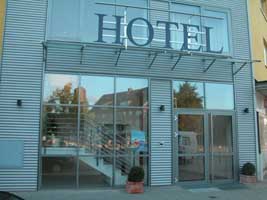 The Hyatt Regency O’Hare in Rosemont, IL closed its doors to commence a $60 million renovation. The Hyatt reopens its doors on January 29, 2007. The first phase of the project is expected to be complete in April.

Loews Hotels has announced plans to ban all trans fats from its U.S. and Canadian hotel restaurants, banquets, room service and minibar snacks by June 1, 2007.

Renaissance Schaumburg Hotel & Convention Center proudly announces its AAA Four Diamond rating. The new hotel and adjoining convention center, which are owned by the village of Schaumburg, were created to be the centerpiece of a bold, new vision for the region.

Sleeping Lady Mountain Retreat was recently presented with the 2006 Governor’s Award for Pollution Prevention and Sustainable Practices in Washington state.

Starwood Hotels announced they will be working with Shanghai Jin Jiang International Hotels Group, one of China’s largest hotel operators, to develop and strengthen each other’s business in China and will cooperate on hotel business projects.