Hotel Reviews: Some are More Fake than Michael Jackson’s Nose 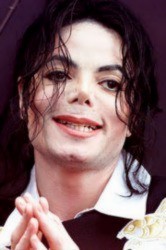 Hotel and restaurant owners around the world have been pulling the wool over the eyes of potential customers for some time by faking reviews on sites such as TripAdvisor. No kidding. I used to work for a company who sold copiers and thought I’d seen some shady practices in business but this comes as a shock to even me.

The Times Online recently published an article on this very subject. According to their study, a hotel can boost it’s rating on trusted sites such as Fodors by 3 stars just by posting fake glowing reviews. Owners are jumping on the bandwagon posting positive reviews to boost ratings. For the most part I’m pretty anti-establishment, but with hotels it may actually be best to stick with the big names. In most cases, a Sheraton is a Sheraton is a Sheraton wherever you go.

I know most people take the reviews on such sites with a grain of salt, but if that’s all the information available then what do you do? I was once lead astray by reviews posted about a hotel in New Orleans. It ended up being in a neighborhood where it wasn’t really even safe for me to walk to my car and the person behind the desk did business behind bullet proof glass. Now I have to wonder if the proprietor took advantage of the “reviews” section of the booking engine I used.

I don’t own anything more than my dog and the shirt on my back, so I can promise I’ll always be objective when reviewing…anything.

Via The Times Online.