How to Earn Starwood Points 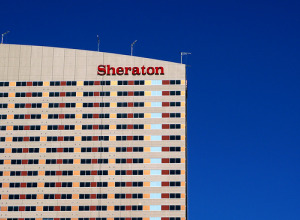 The Starwood Hotels and Resorts family looks like something of an empire when you glance at a list of the hotel names under its umbrella. But rather than being overwhelming in a bad way, that kind of thing is good news for business travelers who don’t always have the opportunity to stay at exactly the same hotel brand whenever they travel (thereby accumulating rewards points more quickly). Why? Because with so many hotel brands in one hotel family, you’ve got more of a chance that the hotel you’re staying in will help contribute to your Starwood Preferred Guest reward program!

Among the many hotel names in the Starwood Hotels network are Sheraton, Four Points by Sheraton, W Hotels, Le Meridien, Westin, The Luxury Collection, and St. Regis – but it’s not just the many hotel choices that make the Starwood Preferred Guest reward program regularly rank so highly among business travelers. There are many reasons why learning how to earn Starwood points (called Starpoints) is a good idea. The faster you earn them, the faster you can redeem them.

Hotel Stays
Starwood makes earning points by staying in its member hotels uncomplicated, which is nice. You’ll earn two Starpoints for every eligible US dollar spent at one of the hotels in its family. It doesn’t even matter how you book the hotel – whether it’s through the Starwood websites, calling the hotel directly, or going through your travel agent. What’s more, if you’re lucky enough to be a Gold or Platinum Preferred member you’ll earn 3 Starpoints instead of 2.

Credit Cards
Like other hotel reward programs, Starwood has its own credit card that will help you earn points on whatever you’re buying. The Starwood Preferred Guest Credit Card is an American Express card, and you’ll get 2 Starpoints for each eligible US dollar you charge to the card at Starwood hotels and resorts (this is in addition to the Starpoints you’re accumulating just for staying there in the first place). For all other purchases, you’ll get 1 Starpoint for every eligible US dollar charged to the card.

When you make your first purchase on the card, you’ll get 10,000 points as a bonus – which you can redeem for up to three free nights. So with just one purchase, you’ve earned enough for a free hotel stay on that long weekend vacation you’ve been wanting to take.

In addition to charging things to your Starwood American Express, you can also transfer any Club Rewards points you’ve accumulated through Diners Club charges at Starwood Hotels into Starpoints. So if you’re just a few points shy of a reward you’d like to redeem, don’t forget to check your Club Rewards account – you may have some points there you can transfer.

Car Rentals
There are a couple of car rental companies that have partnerships with Starwood, allowing you to earn Starpoints for renting a car with them.

Merchandise
Just because you’re a business traveler doesn’t mean you can’t earn Starpoints in ways that aren’t directly related to travel. Starwood’s reward program doesn’t have as many retail partnerships as some other hotel reward programs, but if you’re using your Starwood AmEx then every purchase is earning you points, right?

The retail partnership Starwood does have is with Hartmann, where you can outfit yourself with high-quality luggage and other leather travel goodies. You’ll earn 1 Starpoint for every US dollar you spend at Hartmann.

Remember that Starwood Preferred Guest American Express we mentioned above that you decided not to get because you already have enough credit cards, including an AmEx? Well, with that AmEx you already carry you’re earning Starpoints – you just didn’t know it. American Express cardholders can earn Membership Rewards points whenever they stay at a participating Starwood hotel or resort, and Membership Rewards can also be turned into Starpoints, so there are a couple of ways your existing AmEx could help get you closer to Starpoints.

To learn more about these Starpoints earning options, refer to the official reward pages on the Starwood website.