Is That Guy Really Pounding a Nail in to My Leg? by Chris 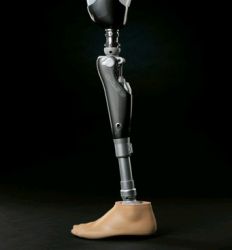 Chris didn’t win anything in our travel writing contest, but we met while traveling in Honduras and he had SUCH a crazy story I thought I should share. Enjoy!

So there I was in the middle of Honduras with no leg to stand on. I’d just travelled 10 hours on four different busses to make my way to Copan to see the Mayan ruins. Tired from the trip I raced out of the chicken bus with my two suitcases and a backpack looking for a recommended hotel. About half way up a 40 degree hill, my leg snapped.

Sounds worse than it was. About 18 years ago, I had a leg amputation and it was actually the prosthetic that snapped in half; however, I was still stuck in an intersection of an unfamiliar town in a third world country. A hotel owner saw my predicament. At that point, all I could was smile and laugh. There are certain moments in life where you just realize that the roller coaster left the station and you’re on the ride until it ends. Anyway, the hotel owner and tuk tuk (three wheeled taxi-motorcycle) driver helped my by finding a hex wrench. We started to take remove the broken pieces, but quickly realized that the pipe that had snapped wouldn’t budge. In a cross between charades and broken Spanish, I conveyed that the prosthetic would need a vice and repair shop.

The hotel owner directed the tuk tuk driver to a foundry that made horseshoes and roll bars for Honduran pick-ups. They had a vice. Juan came out and looked at the leg. He placed one side of the prosthetic into the vice and pounded out the pipe that had snapped. He then looked at the other piece which still had the hex nut attached. Quickly he dumped a bucket of rusty tools out looking for a hex wrench. Finding one in the bottom of the pile he tried it but it was too large. Juan took the wrench and ground it down to a smaller size then proceeded to try to pound it into the nut with a hammer. I nearly had a heart attack. The last thing I needed was to strip the hex nut and have try to find a machine threaded hex nut in Honduras. I asked him if he could go the nearest Casa Depot and get the correct wrench. I gave Juan five dollars later and a couple of minutes later we have a hex wrench. We loosen the nut and tried to pound out the pipe but
nothing budged. He then took a nail and tried to hammer it in between the pipe and sleeve holding the pipe. Finally, he hack sawed the aluminum pipe to get it to break free.

At this point it is getting to be about 7pm and most of the shops are closed. We look around the foundry for a piece of pipe but nothing will work. I tell Juan that I can wait until tomorrow as long as we can find the right size pipe. He says no problem.

Luckily, there was a hotel next door and the Tuk Tuk driver helps me with my luggage as I hop into the lobby and ask for a room near the front desk. The hotel has a room about 15 feet away so I order room service dinner and two beers to end the day. Total room service charge $8! Something is working out.

The next morning I get up and go to take a shower. Oh no, not another cold water shower! Hey, this one has a waterpick with wires attached by electrical tape. It must be improvised hot water. I turned it on, but nothing. So I put my clothes back on and hop to the front desk. They send maintenance who replaces a fuse. I’m still not feeling to good about the 220 volt shower, but after 12 days of cold showers and a rough travel day this little creature comfort would be greatly appreciated. Hey it works. Not steaming hot but warm.

Finished my shower, dressed and then hopped next door to Juan’s foundry. He’s just waking up so the family takes me in and lets me have the remote to their TV while I wait for Juan to get a piece of pipe. Juan’s mother even brings me a cup of coffee in a china cup and saucer. She sits down and we communicate bits and pieces with my broken Spanish. She thinks I’m nuts for travelling through Honduras by myself. I’m beginning to agree with her after hopping into town; however, but 10:30 in the morning Juan has me set up with a new piece of “forte” or strong pipe that he says is much better than the aluminum one I paid big money for in the States. Total Charge from Juan $30 and $7 to my tuk tuk driver for hanging around for an hour. Thanks for the southern hospitality and a leg to stand on Juan!