Is “travel less, work more” really something to aim for? 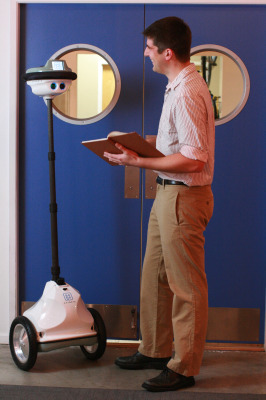 There’s no denying that there can be such a thing as “too much travel” – even if you love getting out and seeing the world. Sometimes it’s nice to be at home for awhile and re-connect with things like your own pillow (and family, of course). But if you ask me, a couple companies are taking this too far.

My coworkers and I are located in different cities all over the world, so we often meet using online meeting software. It’s extremely convenient – especially for short meetings – and I think we’ve all had good experiences with it. But when one of my colleagues pointed out that the slogan of one of the companies we’d used was, “Travel Less, Work More” I cringed. They’ve since changed their slogan to, “Travel less and meet online,” which is marginally better, but still the underlying message seems to be that travel is a bad thing and best avoided.

Every traveler I know has seen “Up In The Air” by now, and business travelers can probably relate to many of the themes in that film. The main character may have slightly imbalanced reasons for wanting to continue his pattern of traveling more than he’s home (if you can call his stark hotel-like apartment a “home”), but even with an economic downturn making travel even more expensive than before the film points out that sometimes you just need to be there in person.

Which brings me to the second cringe-worthy product that startled me into writing this post today – the Anybot.

Anybots is a company that’s designed what it’s calling the “QB” – it’s a robot on wheels that can serve as your stand-in (or, I guess, wheels-in) at a meeting or in the office when you’re hundreds or thousands of miles away. It doesn’t think or move on its own, so you have to be controlling it via a computer, but it allows for a sort of face-to-face experience (albeit a weird one). From your standpoint, it’s probably not much different from the experience of using an online meeting site – but from the perspective of your coworkers, it might feel more interactive to have a physical presence (albeit a weird one) in your place.

I fully understand the costs of doing business when travel is expensive, and I’m all for minimizing the amount of driving or flying I have to do for a short meeting that could just as easily and efficiently be handled using a computer-sharing site and VoIP. But as I mentioned earlier, the idea that travel is always bad – and meeting virtually is always preferable – isn’t something I can support. I also can’t imagine how an Anybot would be anything but oddly creepy. The fact that this device still looks more like a joke than anything else may best be driven home when you hear that Lonely Planet came up with a very similar idea for their April Fool’s joke this year. Little did they know they were on to something.

What about you? Do you relish the idea of a brave new world where you can send your Anybot to all of your meetings? Would you rather not travel again and conduct all your meetings online?