It’s Almost SEMA Time. How to Survive the Largest Trade Show in the Universe 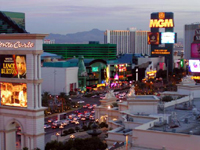 No it’s not Hammer Time, it’s SEMA time. If you’re in the automotive industry, you know what I mean. SEMA is the Specialty Automotive Equipment Industry. Now I’m writing this about the mother of all trade shows so you know the same advice should suffice for smaller shows as well, but only if they are in Las Vegas. I’m not kidding, this is one monster of a convention. I’m probably better suited to telling you what not to do at a trade show, but I’ve learned my lessons and am prepared to act like the grown-up sales professional I am. I won’t be there this year, so you kids have fun. Do check out the booth of my friends at Superlift Suspension Systems and CrossTread.

SEMA starts on Halloween. I’m not sure who made that fateful decision. Putting the entire automotive aftermarket industry in Las Vegas for Halloween is about as smart as asking me to “hold” your drink or wearing a Texas Longhorns jersey on the University of Arkansas campus. Those analogies aren’t doing it for you? Okay, it’s about as smart as trying to rob Ted Nugent at an NRA convention.

My company attends SEMA as visitors, not exhibitors. Does it really take two full days for a company like mine to cover the show? Hell no. That’s just a good excuse to play in Vegas for a few days. So here are my suggestions for a working visitor, who doesn’t really care to take pictures with the half naked girls sprawled on the macho cars. 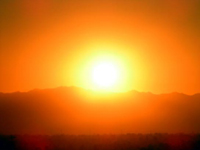 Night one. Be sure to get there on Halloween. I can’t stress how important this is. You won’t start working until the next day, but you can’t pass up Halloween in Las Vegas. Skip the strip and head down to the Fremont Street Experience. You aren’t going to win anything at that slot machine at the Monte Carlo anyway. I can’t really give you a costume recommendation. What do you dress up as in Vegas? Aphrodite? No, people will just think you work at Caesar’s Palace. Queen of the Nile? Nope, they have lots of Cleopatras at the Luxor. I guess “Be Creative” is the best I can do for you.

Work your tail off on day one. This isn’t much fun, but you are there to do your job. Work like the furies are chasing you, it will pay off in the long run. Don’t even leave for lunch, not that most people have the opportunity. Take some cash and get a burger or dog, they don’t take visa at the consession stand.

Night two. That night your feet will hurt and the jetlag will set in big time. Eat a great dinner someplace, I really like Nine Fine Irishmen at New York, New York. Then, sit at the bar and play video poker while you collect your easily accessible free drinks from the bartender. If you’re really feeling frisky, head to the craps table. That’s the only team sport in poker, and therefore my favorite. 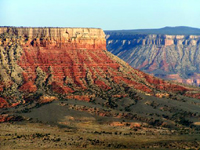 Day two. Follow up that morning at SEMA if you need to or go by the APEX if you have to. Get the job done. Then you bail. You only need about $200.00 to upgrade that burger at the show to barbeque at the Grand Canyon. Okay, to tell you the truth the barbeque sucks. But you can’t beat the view. Check the magazines in your hotel room for deals. There are several companies who can get you there and back in time for dinner.

Night three. Party like a rock star. Do whatever floats your boat, you’re going home the next day anyway. This is the “What Happens in Vegas Stays in Vegas” night. Get married, lose five grand, whatever. Just blow it out.

Day three. Sleep off the hangover on the flight. Days like these are why those ugly black eye-covers were invented. Or take the weekend and see the southwest.