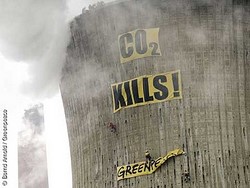 Jumpjet is yet another new private jet company who took to the skies this month, claiming to offer private jet flights “for less than the cost of most airline tickets.” I’m not really sure how people are justifying to themselves supporting the popular green initiatives, but then doing something as ecologically irresponsible as hiring a private jet. What, is your SUV not doing enough damage to the environment? Now you need a whole airplane for yourself?

That being said, the company management assert this program is much more cost effective than fractional jet ownership, stored-value jet cards and direct charters because Jumpjet members share aircraft, pay a monthly membership fee and in many cases face tighter reservation requirements. I thought the point of a private jet was to avoid reservation requirements.

Jumpjet has three tiers of monthly memberships for individuals and a more customizable offering for corporate clients, in which members pay a monthly fee and are allocated a designated number of flights and guests per month. Time share in the air.