The Los Angeles International Airport, also known as LAX, and the busiest airport in California, is just over 15 miles from downtown Los Angeles. It has eight terminals and has shuttles to the major hotels near the airport. 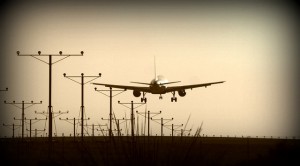 Numerous Los Angeles Hotels provide a free shuttle to the airport and the Park and Fly programs that offer up to 2 weeks of free parking which is great whether you’re traveling on Los Angeles holidays with your family or strictly there for business.

The Radisson Hotel at LAX is the hotel closest to the airport, being one block east of Terminal 1. The hotel’s amenities included round-the-clock transportation to the airport, an Olympic swimming pool, spa services, an exercise center, golf, and a large meeting area. The guest rooms highlight Sleep Number Bed, internet, basic homemaking features, data ports and improved bathrooms.

The Crowne Plaza Hotel is located at the LAX and is close to Los Angeles attractions. The hotel features are an outdoor swimming pool, an exercise center, sauna, whirlpool, lounge and restaurant. The hotels provide around-the-clock shuttle service to the airport, currency exchange, room service, valet laundry, and safe deposit. All the rooms have cable TV with video games and movies, high-speed internet, and CD players. The hotels has meeting rooms for business travelers,

The Courtyard by Marriot LAX on Century Boulevard is not even a block from LAX. The hotel is close to Hermosa and Manhattan Beaches, Santa Monica, El Segundo, Marina Del Rey and Beverly Hills. The hotel provides shuttle service to the airport. The rooms are large and soundproofed. Other features of the hotel are meeting rooms, high-speed internet, a restaurant, and exercise center.

The Sheraton Gateway Los Angeles on West Century Boulevard offers visitors over 800 smoke-free rooms with wireless high-speed internet access. The rooms also have flat-panel televisions. The lobby offers high-speed internet access plus a place to relax. The hotel has 47 meeting rooms to plan events. The hotel has digitized the guest elevators and up-graded its fitness center. Other features include the airport shuttle, golf, and swimming pool.

Embassy Suites Los Angeles International Airport South is two miles from LAX and close to many Los Angeles attractions. The hotel features the swimming pool, fitness center, the 1440 bar and care, a weekday evening reception. The hotel provides high-speed internet service throughout as well as a business center. The two-room suites have housekeeping features such as refrigerators, microwaves, coffee makers, TV, In addition, they have a living room with a sofa bed, comfortable chairs and tables.

Travelodge Los Angeles South, at 1804 East Sycamore in El Segundo is one mile from Los Angeles Airport. It provides free shuttle service to the airport. The hotel provides recreation features of a heated pool, picnic section, and a barbecue. It has 24-desk service, parking for a fee, and laundry rooms. The hotel rooms include air-conditioning, refrigerators, data port telephones, and cable TV. The hotel rooms have kitchenette and a restaurant.