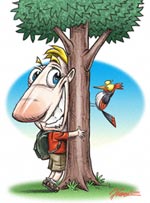 Due to a recent decision by the Los Angeles Board of Airport Commissioners, hotel shuttles to and from the Los Angeles International Airport (LAX) will be required to reduce the number of shuttle vehicles and frequency trips offered. Shuttle trips will be consolidated to improve air quality and decrease traffic congestion.

Obviously, this means your commute from the airport to your hotel and back may take a little longer than it did in the past. So plan for the additional time and don’t be cranky with the shuttle operators and hotel staff. They’re just doing their jobs.

So if you like that yellow haze on the LA horizon or sitting for hours on the freeway, you probably aren’t going to be a big fan of this plan. Using the number of shuttle trips in 2004 as the benchmark, the plan is as follows:

Part of the plan is to replace or convert existing shuttles with new shuttles that operate using alternative fuel. Several companies throughout the world are manufacturing hybrid trains and buses at this time, including General Motors and RailPower Technologies. Hotels do have the option to contract with consolidators who provide shuttle service to patrons of several hotels.

I’m a big fan of this initiative. As new technology becomes available to make the world a greener place, it shouldn’t be left up to individual consumers to make the difference.

Get all warm and fuzzy when you think about being eco friendly? Get more tips at the Eco Travel Logue.