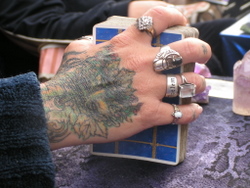 Mardi Gras is celebrated throughout the United States, particularly on the Gulf Coast at this time of year. If your business travel takes you any place from Shreveport, Louisiana to the Florida panhandle, the party will be going full swing.

New Orleans, Louisiana is, of course, Mardi Gras central for the United States. When people think New Orleans, they think parades and beads and king cakes and Rue de Burbon. One little tip from me to you – if you head a few blocks off Burbon Street to Decatur, you can get a ONE GALLON drink called a “diver” at Silky O’Sullivan’s (of Memphis, Tennessee fame). I’m ashamed to say I’ve never actually been to New Orleans for Mardi Gras. I’ve been the weekend after, I’ve been to Jazz Fest, I’ve been to the Voodoo Music Festival and I’ve been for New Years, but not actually to “the show.” Hotels are crammed, as are the streets. If you’re adventurous, head out of the Quarter to see the celebrations like the locals. A great Pre-Katrina resource for the city is Letters from New Orleans by Rob Walker. It isn’t a travel guide, but he gives great information in his true stories. 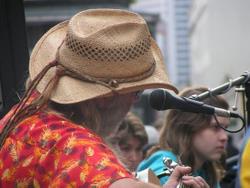 I hope to be on my way to a hole in the wall town in central Louisiana where the custom includes whacking dead chickens on things, among other things. I’m a big animal rights fan, but I’m really interested to see the traditions. No, I’m not going to give you the name of the town.

Most people don’t know the Mardi Gras celebration actually began in Mobile, Alabama. No kidding. If you can’t make it to the Big Easy for the big day, try to make it to Mobile for Joe Cain Day or Fat Tuesday. Joe Cain day is the Sunday BEFORE Fat Tuesday, which will be February 20, 2007. Last year the celebration was said to be about 300,000 souls, and I had the good fortune to be one of them. It was Mardi Gras for rednecks and families. As in there were loads of brawling boys and no flashing. It was really interesting. Don’t plan on getting any work done “Mardi Gras week.” Most businesses are shut down, as are schools. This is where locals go to celebrate Mardi Gras. 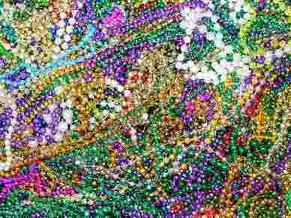 If you want to roll further East, Pensacola beach has it’s celebrations as well. No, you aren’t going to see any parades, but people do their own little beach side celebration at the public beach.

The north Louisiana towns of Shreveport and Monroe celebrate as well, although not with as much style.