NetDriven Music in Your Hotel Room 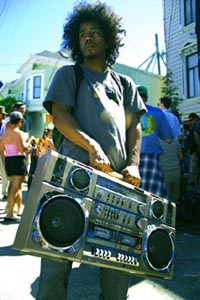 Just because your hotel doesn’t have an iPod station (yet), doesn’t mean you’ll be forced to listen to whatever the guests are doing in the next room. On Command Video Corporation, a provider of in-room interactive entertainment for hotel properties, has announced that it will begin delivering Instant Media Network’s new NetDriven music application. This system will provide patrons with the option to listen to 10,000 CD’s and 120,000 music tracks. I bet they even have Bat Out of Hell by Meatloaf.

I think this service will be embraced by business travelers with thirsty ears and high school kids throwing hotel parties alike. How do you get it? Through the TV. “On Command is pleased to have the largest music selection available via the television in hotel rooms,” said Tad Walden, senior VP of programming and marketing for On Command. “Millions of hotel guests have access to thousands of music artists simply by using the TV remote.