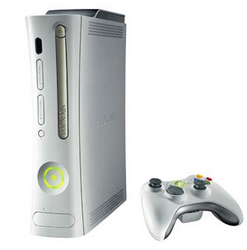 The TSA has apparently instituted new security measures for LARGE electronic items being brought in to airports beginning yesterday. Yes, the very same day breast milk and lighters made their way back on to the accepted liquids list. I wrote about the lighters and milk from the TSA press release when it was issued several weeks ago, and saw no mention of the new electronics rule. So you can imagine my surprise when I read a post on Fly Away Cafe that ALL electronics will have to be removed from carry-on luggage during security screenings. What a pain in the….neck. So I decided to go to the source and find out what the TSA had to say about this new restriction.

Just to clarify this new rule, here is the text straight from the horse’s mouth (a.k.a. the TSA website):

Effective August 4, 2007, full-size video game consoles (for example Playstation, X-box, or Nintendo) and DVD players must be removed from their carrying cases and submitted separately for x-ray screening. Laptop computers and video cameras that use cassettes have long been subject to this policy.

Small electronic items, such as cell phones, MP3 players, iPods and portable video game systems do not have to be removed from their carrying cases.

So unless you’re traveling with your X-box in tow (or a lot of geeks in front of you in the security line are), then this new restriction really shouldn’t affect your wait time in the security line. That’s probably why there hasn’t been more press on the subject.