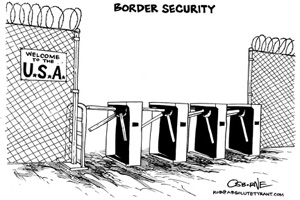 NEXUS, the joint trusted traveler program of the United States Customs office and the Canadian Border Service Agency, has been approved by the U.S. Customs office. This program allows pre-screened and approved frequent travelers faster processing at designated highway lanes in high-volume border crossing locations, at a NEXUS airport kiosks and at certain marine reporting locations.

NEXUS is being expanded as a result of the new WHTI guidelines, requiring passports for ALL entries to the United States, even those originating in Canada or Mexico. The extended privileges include all land, marine and air points of entry where NEXUS locations are currently in place. Throughout the next year, additional NEXUS processing locations will be installed in Canadian airports. The expansion of the program means there will be one application form and fee to participate in all modes of the NEXUS program.

The NEXUS card WILL satisfy WHTI requirements for travel between the United States and Canada.