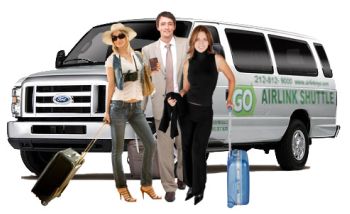 There are several hassles that frequent business travelers can avoid through simply investing in proper travel gear or doing a bit of research. But some hassles are built into travel days and it’s very difficult to make them go away completely. Take, for instance, the process of getting back and forth to the airport from your home or hotel.

When you’re traveling to or from the New York City area you have lots of options for getting to or from the city’s three big airports. Public transportation is cheap, but requires you to do all the planning (and may not drop you off where you need to go in New York). Taxis are convenient in their door-to-door service, but they can cost a fortune (especially if you’re trying to get anywhere at rush hour). For the busy traveler, often the best option is to book a New York airport shuttle service.

It’s not just business travelers who can benefit from booking an airport shuttle in New York, of course. Anyone who’s traveling with a lot of luggage will find it much easier to get all of those bags into an airport shuttle than to drag them all on and off of New York’s trains and subways. If you’re traveling with a group it’s usually easier to hire a shuttle to ferry people around rather than herd everyone on and off of public transportation. And you don’t have to be venturing to an unfamiliar city or an unfamiliar airport to enjoy the luxury of just sitting back and letting someone else drive you there or back.

Some of the more popular NYC airport shuttles you can book are: