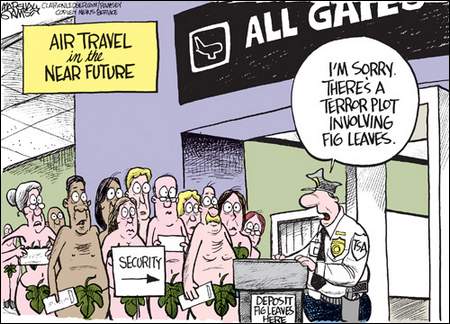 The TSA is looking in to relieving security checkpoint delays by initiating a reservation system for security checks. The article mentions that the goal of the reservation system would be to encourage travelers to go through security at off-peak times. That sounds great, but I doubt travelers would want to show up at the airport even earlier than usual to avoid the high traffic times, which are the high traffic times because that is when the bulk of flights are departing.

The TSA is asking businesses for ideas on creating a reservation system that would reduce the checkpoint lines that grow long during peak travel periods in the early morning and late afternoon. A representative of the TSA even admitted travelers may have to arrive even earlier than usual by 20 to 30 minutes AND they want people to pay to make the reservation. Do they really think people will pay them to have to arrive at the airport even earlier than they would have to to stand in line? I could see people being interested in the program if they received something in return, but not to pay for it.

Frequent business travelers would happily show up earlier if they “had a specific time at the checkpoint and weren’t going to have to waste time standing in line,” Hawley said. I think that is garbage for most business travelers. There is no way I would get there early to sit in the airport for even longer. With other programs, such as registered traveler programs, travelers can get there LATER and still have the advantage of expedited inspection times.

I can’t believe this is a real proposition.