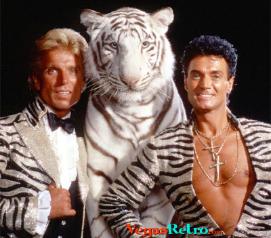 On July 30, Southwest Airlines and the Mirage in Las Vegas are offering an inflight promotion to celebrate the newest members of Siegfried & Roy’s Secret Garden and Dolphin Habitat, the 13 week old snow white, striped-white and golden tiger cubs.

If you fly on the 30th, you can will cool stuff like:

To win the gear, you’ll have to answer a few trivia questions. No pressure.