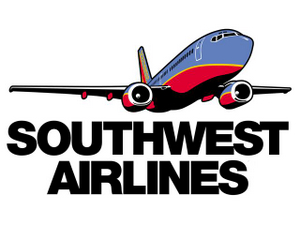 Southwest Airline’s Rapid Rewards program is set up a tad differently than the miles programs run by the big guys. No surprise considering the budget carrier has always marched to the beat of a different drummer. I am a member of this program, but have never had much occasion to accrue or redeem miles, as I fly Southwest as seldom as possible. What can I say? I’m just not a fan of the cattle call.

Rapid Rewards miles are based on the number of segments flown, rather than the actual mileage. To earn a free flight, you have to take round trip flights or 16 credits within 24 months. So if you’re flying short trips really frequently, this is a great program for you (rather than a program such as American Airlines in which you only earn the actual number of miles flown). Of-course flights are limited to the Southwest network, so you won’t be going to Bali or Paris with your free ticket.

ATA Airlines. This is the biggest downside to Southwest’s program. There is only a single airline partner with whom you can fly.

Southwest recently began a new program for its more loyal frequent flyers. The A-List is for Rapid Rewards Members who fly 32 or more qualifying flights within a 12 month period. Those uber travelers will receive reserved boarding privileges for an entire year. According the the website “When you purchase your travel at least 36 hours prior to your flight time, we’ll reserve you the best boarding pass number available—most likely an “A.” And since it’s already reserved, it’s one less thing to think about. You can just print your boarding pass and go!” It doesn’t make the cattle call go away, but I guess it makes it a little better.

That pretty much sums it up. Rapid Rewards is much more cut and dried than the programs offered by other major carriers. The downside to that, however, is that your redemption options are severely limited by the lack of airline partners.