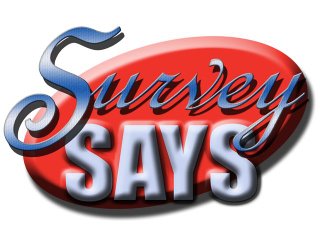 Synovate, a market research, recently conducted a survey on air travel with results that aren’t too surprising. The airline industry has been shaken to its core in the last several months with the record fuel costs and carriers adding fees just to stay afloat. The skies will be taken back by the business traveler, who may breathe a sigh of relief when they no longer have to deal with familes of 8 who are causing havoc trying to be reseated together because they neglected to check in ahead of time and the travelers who purchased their ticket for $47 on CheapTicketsForFree.com and don’t know how to act right on a red eye.

According to the survey, 38% of Americans say they will look for cheaper flights when traveling. I would think the average consumer does so anyway. Twenty percent of those surveyed think they will traveling less. That’s also consistent with the season. Fewer people travel in the fall and winter months, with the exception of the holidays. Seventeen percent of those surveyed plan to put their travel plans on hold and 16% will consider alternative modes of transport for their travel.

Where did they get this information? According to the press release, Synovate spoke with more than 10,000 people in 13 markets around the globe. The feedback wasn’t all bad.

Why do people fly? Fifty-six percent of respondents chose ‘It’s fast and it gets me where I need to be quickly’ as the thing they most like about air travel. This statistic was highest in the US, with 84% of respondents agreeing. Air travel is no longer the glamorous event it once was. It really is a form of public transportation. If you look at it that way and stop getting pissed off about paying for blankets and soft drinks, your experience will be much better.

“Air travel in the US is largely transactional. It’s about getting where you are going with as little fuss as possible. This is mainly because the scale of the American air system is enormous and so many people travel for work or business that it’s nearly as common as taking a bus.

Forty-one percent of people globally and 33% of Americans say they are ‘really fussy about my seat and a bad one can ruin my flight experience’. I say there are no bad seats, only bad attitudes. Pretty much every major airline out there offers you the option to check in and choose your seat 24 hours before your flight. If you can’t be bothered with with doing so, you probably deserve to sit in the back row, next to the screaming baby, next to the stinky lavs. I know some people don’t have the [constant] access to technology that most of us do, but if your seat assignment is that big of a deal, it seems like you’d make the effort to work it out. Especially when flights are jam packed these days and the option to change seats once you’re on the flight aren’t always good. A little tip – I know people in the airline industry and it is not the flight attendants’ (or airline hostesses) responsibility to change your seat once you’ve boarded the aircraft. If you have an issue, you need to take care of it before you get on the plane. Otherwise, you’re risking holding the flight up for everyone onboard.

That being said, approximately one quarter of Americans say they’d pay extra for their seat of choice while a massive 87% agreed they would appreciate a seat swap if they were less than thrilled with where they had to park their posteriors. That’s nice, but then that other person gets stuck with your sucky seat. I agree that paying extra for premium seats (like those at the bulkhead and exit row) is a good way to do it.

Sixty-three percent of air travelers globally and 59% in the US say they prefer window seats. Well, only about 1/3 of the passengers will get a window seat, so a lot of people are going to have to make do. I’m amazed that this sort of behavior goes on on airplanes when it most certainly does not happen on other forms of public transportation like buses and trains.

It never would have occurred to me to ask about gender, but Synovate went there. Thirty-four percent of survey respondents prefer to sit next to someone of their own sex. I don’t give a second though to such things when I’m flying. This statistic was highest among respondents from Hong Konger at a whopping 65%. On the opposite end of the spectrum, my country mates agree that it isn’t that important. Only 19% of respondents saying they prefer a same sex seatmate.

Overall, forty-four percent of all women travelers globally say they want to sit next to someone of their own gender, while only 24% of men do. In the US, 26% of women prefer to sit next to another woman. The men are far less concerned with such trivialities.

Now, this number doesn’t make me happy. Fifty-seven percent of respondents agreed to the statement ‘I enjoy making conversation with the people sitting next to me.’ I hope I don’t have to sit next to those people. People from Malaysia and the Philippines are the biggest talkers with 77% and 74% respectively responding in the affirmative. Sixty-three percent of Americans say they’re up for a chat.

Interestingly, not everyone hates sitting near children. Only one third of respondents globally agreed with the statement ‘I get frustrated when sitting next to or near children’. I would definitely be one of those third and the British agree. Fifty-five percent of the British don’t want to sit near the little ones, 52% of people from Hong Kong agree, as do 45% of Americans. If you’re traveling with your children, try to sit near the Germans (only 15% of whom want to avoid the babies) and the Malaysians and Taiwanese who each rang in at 19%.