Thank You WHTI for Changing Your Deadline 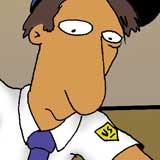 On behalf of the hundreds of thousands of college students, cruise ship rats and strip-club regulars who depend on open access to Mexico, I would like to thank the people behind the Western Hemisphere Travel Initiative for extending the new regulations requiring U.S. citizens to carry passports when traveling to Mexico and Canada from January 1, 2008 to June 1, 2009. Okay, I guess I need to say thanks for the business travelers as well.

In all seriousness, the beginning of the new passport regulation has been extended for LAND and SEA border crossings to the summer of 2009. As outlined in Going to Canada? Don’t Forget Your Passport, the Department of State has issued new regulations for travel within the western hemisphere. The deadline for air travel has not changed. It will still take effect on January 8, 2007. So if you’re planning on a trip to Cancun or Cozumel after this date, you still need to get your passport.

So get in that dreamed-of Spring Break in Padre or that weekend in Tijuana or visit your clients in Calexico for free while you have the chance. As of June 1, 2009, it will set you back an extra $97.00.