The Second Creepiest Tourist Destination in the United States – The Casey Jones Village in Jackson, Tennessee 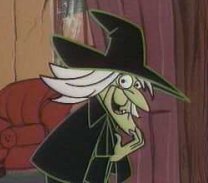 First of all, I bet you’ve never even heard of Jackson, Tennessee unless you’re involved in some type of manufacturing. No big deal. Until I started my most recent job I hadn’t either, even though it’s only about 4 hours from my front door. You know how people move into the suburbs to escape high crime rates and exhorbant property costs in the city? Basically, the manufacturing companies in Memphis did the same thing in moving to Jackson. Jackson is about 45 minutes to an hour from Memphis, Tennessee. It’s like a little manufacturing Mecca in the mid-south. In fact, when I was killing time at Sun Studios to avoid rush hour traffic, Jackson was the destination.

Jackson isn’t all bad, as far as smallish cities in the south go. There is actually a FANTASTIC steak place there called Madison’s. You can even walk to Madison’s from the Holiday Inn, which is handy because they have a great wine selection (and if you’re a Priority Club member you’ve already had a free drink at the hotel bar). They usually have a live piano player, and the bartender is great.

But Casey Joneses Village is a whole different ballgame. Flanked by the Casey Jones Village Inn (SCARY) and the Brooks Shaw & Son’s Old Country Store, “The Village” sits about a half a mile off of I-40 at Exit 80A. I would actually like to see the historic home of Casey Jones (a legend of the American railroad, if you can’t figure out who Casey Jones is) but it doesn’t seem to be anywhere near the village. I don’t think the place actually has anything at all to do with the folk legend, except that it’s located in his hometown. Heroes are great (that’s why they’re heroes), capitalizing on their legends just to sell some buffets to tourists is not so great. I’m also suspect of anything that has THAT many billboards beckoning the road-weary drivers.

This is actually the type of place your parents make you stop at while on a road trip. Every time I think of Casey Joneses Village, I think of the Grateful Dead song with the (almost) same name. I guess it isn’t TOO horrible, but old-timey stuff just creeps me out.

In case you missed it, the CREEPIEST destination is Branson, Missouri.