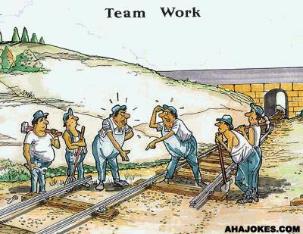 United Airlines is offering a new contest to Premier Mileage Plus members in 2008, the Elite Team Contest. The airline, who hates to give anything away, is giving its elite customers fifty million miles. Those miles will be distributed in 50 one million mile prizes To win the miles, members can team up with friends, family members and coworkers to earn more miles than they did in 2007.

With this promotion, members will compete in teams of four for the duration of 2008 by earning more miles than they did last year. The top fifty teams will split the big prize, 50 million Mileage Plus miles, with each team receiving one million miles. Just in case you’re mathematically challenged, that translates to a whopping 250,000 miles per person.

“We are always looking to give our members diverse ways to accrue and redeem Mileage Plus miles, and this unique competition will be fun and rewarding for our most loyal customers,” says Robert Sahadevan, United Airlines vice president — Mileage Plus. “Whether they flew a hundred or a hundred thousand miles last year, our premier members will have a chance to compete for the biggest reward we will give this year.”

With the United Elite Team Contest, premier members will attempt to earn more Elite Qualifying Miles (EQM) in 2008 than 2007. Each team will consist of four Mileage Plus members, and the team’s total 2008 EQM will be compared to the previous year. So if every member of your team traveled a lot on United last year, you might as well not even compete. The contest isn’t based on overall miles, but on the additional number of miles flown.

The 50 teams at the end of the year with the greatest increase in Elite Qualifying Miles will each win one million miles, to be split evenly between the members. All members must already have achieved Premier Status with United. Premier Status is obtained by earning one million miles, 50,000 EQM, 50 Elite Qualifying Segments (EQS), eight confirmed regional upgrades, and eight United Red Carpet Club(R) one-time passes.

Your team can register at united.com/2008choicew.