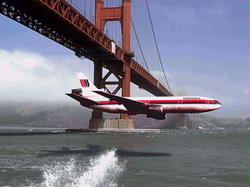 United Airlines just announced a change to their Mileage Plus program that will cause airline miles accounts to expire after 18 months of inactivity. According to the press release, “New 18-month expiration policy preserves award seats for United’s most loyal customers and reduces the company’s frequent flyer mileage liability.” Wow, so infrequent customers are considered a liability. I’m coming from a smaller city, like hoards of other cities throughout the United States. You choose which airline you fly based on which airline offers the best service to your destination of choice. If American flys direct to Chicago, you fly American. If Southwest flys direct to Vegas, you fly Southwest. That’s just how it’s done. You can’t afford to be very loyal to any one particular airline when you live in the sticks. That being said, you end up with lots of miles distributed throughout the various airlines, in which case shorter expiration times suck. Not that United is the first airline to do so, they are following in the footsteps of Delta and US Airways, who made a similar announcement in October.

How do you get around it without doing something extreme like taking United new route to China? Well, you can join Rewards Network, which partners with United to offer miles for dining out. Or you could plain ole’ buy something through United’s online shopping mall. Your choice. These are inexpensive ways to keep your miles beyond the new 18 month limit. If you do choose to make a purchase through a partner retailer, be sure to do so well in advance. It sometimes takes several weeks for the miles to post to your account.