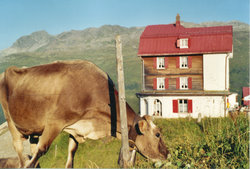 is adding new service between it’s Philadelphia hub and Zurich, Switzerland. a

In addition to Zurich, US Airways also initiated new service to Athens, Greece which began on May 25 and Brussels, Belgium which started on June 1. Both of which flew under the radar, as far as I’m concerned. The airline also began serving the following seasonal markets: Stockholm, Lisbon, Shannon, Venice, Barcelona and Glasgow.