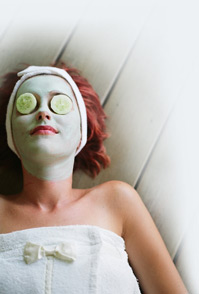 Virgin Atlantic has hit an all time low as far as I’m concerned. The airline recently issued a press release stating they will immediately remove all in-flight beauty therapists from the airline’s in-flight services. What the hell? No more in-flight facials? I guess even Sir Rich is felling the pinch of the astronomical gas prices. To be honest, I’ve never flown Virgin Atlantic and I didn’t even know such things were available. It’s a little funny to me, considering most U.S. carriers ceased even offering free meals and drinks several years ago.

Three hundred and twenty people are employed as in-flight beauty therapists with the airline. Unite, the trade union that represents cabin crew at Virgin Atlantic, demanded each employee will have the option to take another job within the company.

I guess airlines really are having a hard time all over.