Weekend Trip: Learn to be a Rockstar 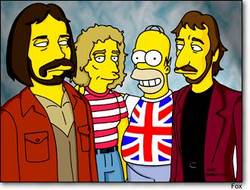 As a person who thinks I’m a rockstar any time someone hands me a karaoke microphone, I was very interested to learn of this year’s Rock n’ Roll Fantasy Camp. Actually, it just reminds me of one of my favorite episodes of the Simpsons, but I thought I would pass along the 411 anyway.

President’s Day weekend (from February 14 to 19) will rock out in So Cal this year when the RRFC (Rock n Roll Fantasy Camp) goes Hollywood. Participants will have the opportunity to learn from Rock n Roll greats from the Grateful Dead, Beach Boys and a long list of people who belong on VH1’s Where are They Now. I think it would be a fun little weekend trip if you have easy access to the west coast and ten grand to spare.

If you’re on the other side of the pond, the RRFC is coming to the UK in May, from the 24th to the 29th. If you join up for this segment, you’ll get to record at Abbey Road Studios of Beetles fame. You can check out the official BootsnAll London Travel Guide for information on the area.

If you don’t want to shell out 10 large for either, you can always visit Sun Studios in Memphis, Tennessee (home of Elvis and B.B. King) and make your recording for a couple of hundred bucks.