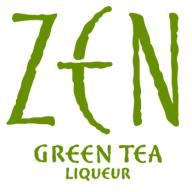 Need a little side project while you’re on the road. I always do. I’ve taken thousands of photos over the years during my business travels. This could be a fun thing for all you wanna-be photographers, with a great payoff in the end. Between now and December 15, 2007, ZEN Green Tea Liqueur is holding a photography contest (for people 21 and over) to answer in picture the question: “What is Modern Zen?” Green tea liqueur actually sounds pretty gross, but I’ll try anything (with booze anyway). (That was a hint to the sponsors in case they would like to send me a little sample 🙂 )

So, the contest. ZEN Green Tea Liqueur is asking photographers: What is your concept of ZEN?

At its heart, Zen embraces the principle of opposing but complimentary forces called Yin and Yang. Yin is described as receptive and tranquil, while Yang is the energetic, active force. But it is not these things alone that can express the philosophy. ZEN Green Tea Liqueur is interested in the visualization, through photography, of the varying expressions of the modernized concept.

The winning photograph will be a “contemporary demonstration of the Zen philosophy expressed in a unique, stylish and exciting way.” No pressure, though.

What do you get for your efforts? The grand prize is a seven-day, six-night package trip for two to Japan, including the following:

In addition, nine finalists will each receive a $250 prize.

Photograph submissions will be judged based on the following criteria: